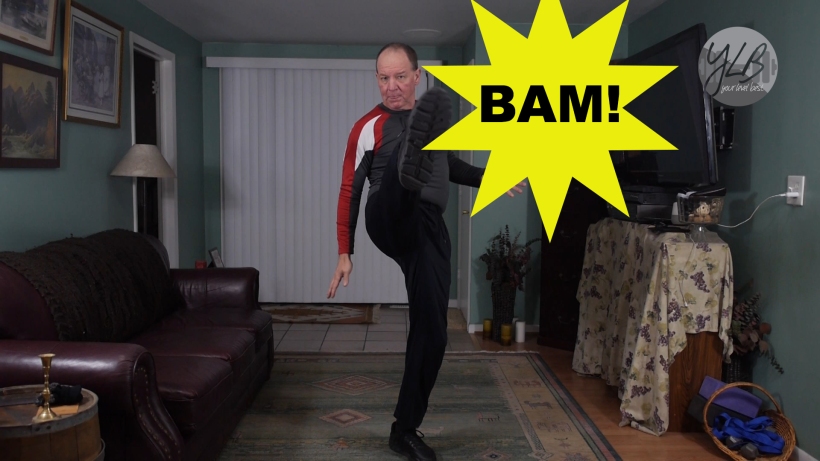 I taught martial arts/self-defense for 8 years through my early to late 20s. I also boxed and kick boxed, during that time. It seems like a life time ago. And, really, it was. But, the thing I remember the most? The idea that any person could defend themselves, if the situation arose, by several different methods. None of which involved the lethality of a gun or a knife. I remember trying to impart the most important lesson: avoid situations that could put your life in danger. It’s not hard. Do the right things. Stay away from risky, aversive behavior, do your job, and most of life takes of itself. However, for the odd time that someone interjects themselves into your life and means you harm, having the ability to strike, evade, and get out of it, without killing them, or hurting yourself, can mean the difference between a longer life, or one that ends way too fast.

All that said, we’ll do some basic stretches, blocks, and focusing techniques that also involve more aggressive tactics like: punches, kicks, and stomps and strikes to vulnerable regions.

Come along, we’ll have fun. If nothing else, we’ll get our heart rate up, and have a good work out. And, you’ll know you’re prepared if something should ever go sideways on an otherwise normal Tuesday afternoon.