Bolognese sauce is one of the standard sauces in Italian cuisine.  It’s a meat sauce which is totally delicious.  Because it is a meat sauce, it’s also a lot of saturated fat and calories.  Then pair it with pasta and you have a nutritional nightmare.  Fear not, the humble lentil saves the day!  Sorchapud posted a recipe on All Recipes for Lentil Bolognese.  I couldn’t resist.  This is a bolognese sauce based off of lentils.  This recipe has the best stats yet of any recipe I’ve adjusted here on Your Level Best.  Everything is pretty much good off the jump.  The only downside is protein.  The protein is low, but we can fix that.  It also contains tomatoes and we can fix that too.  However, I had trouble deciding if I wanted to pair the sauce with a gluten free carb or a veggie noodle.  I would typically use spaghetti squash, but it is hard to get in the summer.  I ended up using zucchini noodles because it is much easier to find.  Maybe when it gets colder I’ll try this sauce with spaghetti squash.

Here are the stats for the sauce:

Not bad, right.  I would say right of the bat it’s pretty healthy.  Here are the changes I made:

Here is the updated recipe: 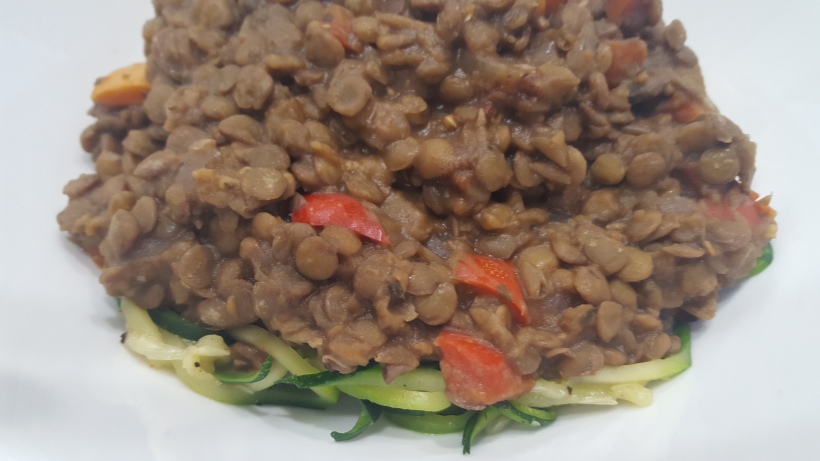