This week I wanted to make some cheesecake, but I didn’t want to make a cheesecake in the traditional sense. I prefer making bars for my desserts because they are easily portioned. Also, I love cheesecake, however, that was something I haven’t made in a long time because it is usually very calorie dense. That doesn’t mean we can make it healthier. I have chosen to take the sugar and the dairy out because it works better for our diet. I am also combining two recipes: The first from gnom-gnom for Instant Paleo & Keto Graham Cracker Crust and the Vegan Cheesecake recipe from Chocolate Covered Katie. I am changing the pan from a 9 inch springform pan to an 8×8 square pan for bars. I am also using a sweetener instead of sugar. That’s really it. Now these bites will not be huge. I am cutting the pan into 16 squares. The calorie count is for one square. The goal is to have some of what you want without the calorie load. You don’t need a massive cake piece that will derail your progress. These will fit right in line with what you are doing. Here are the stats:

Here is the recipe: 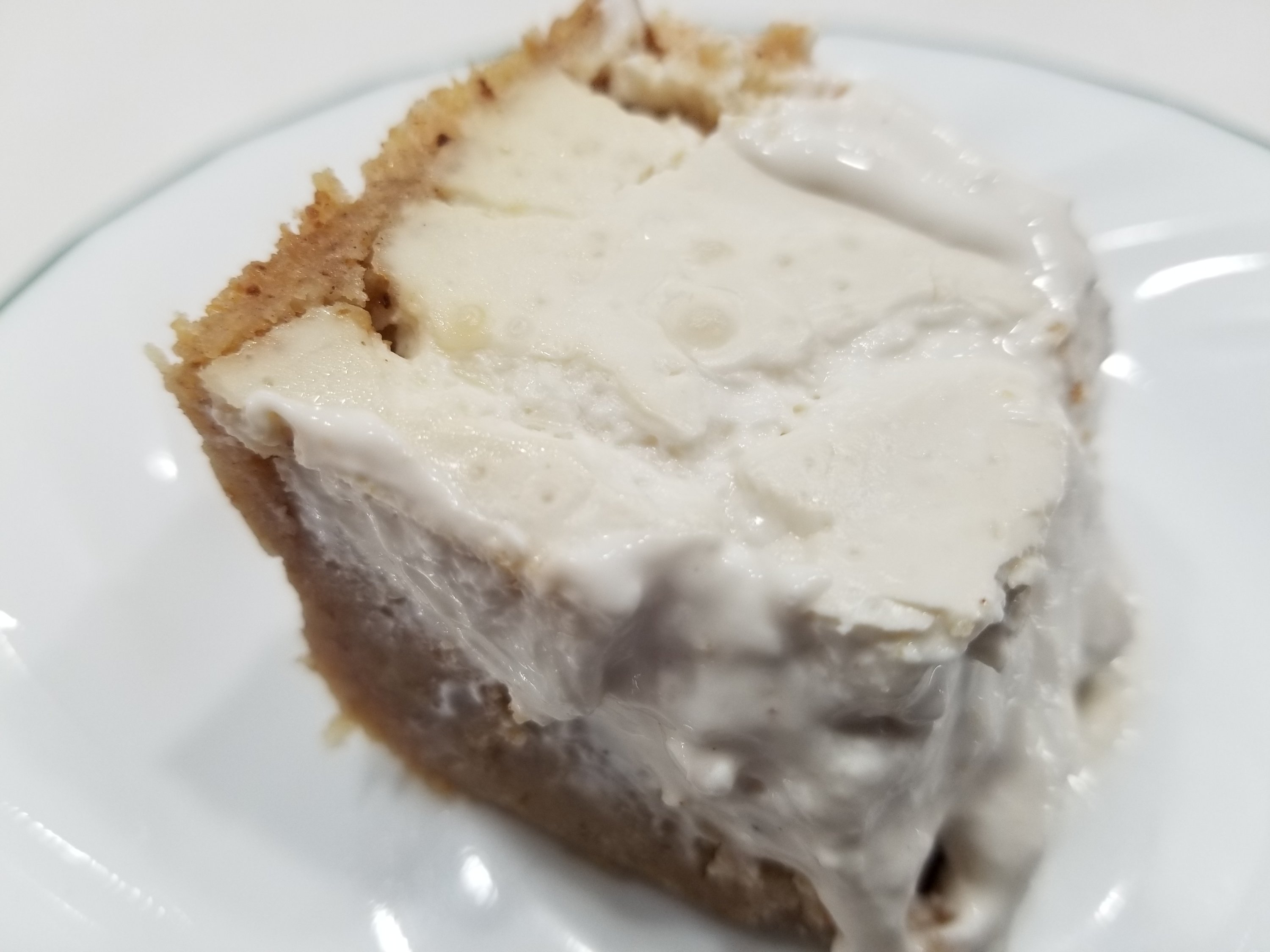