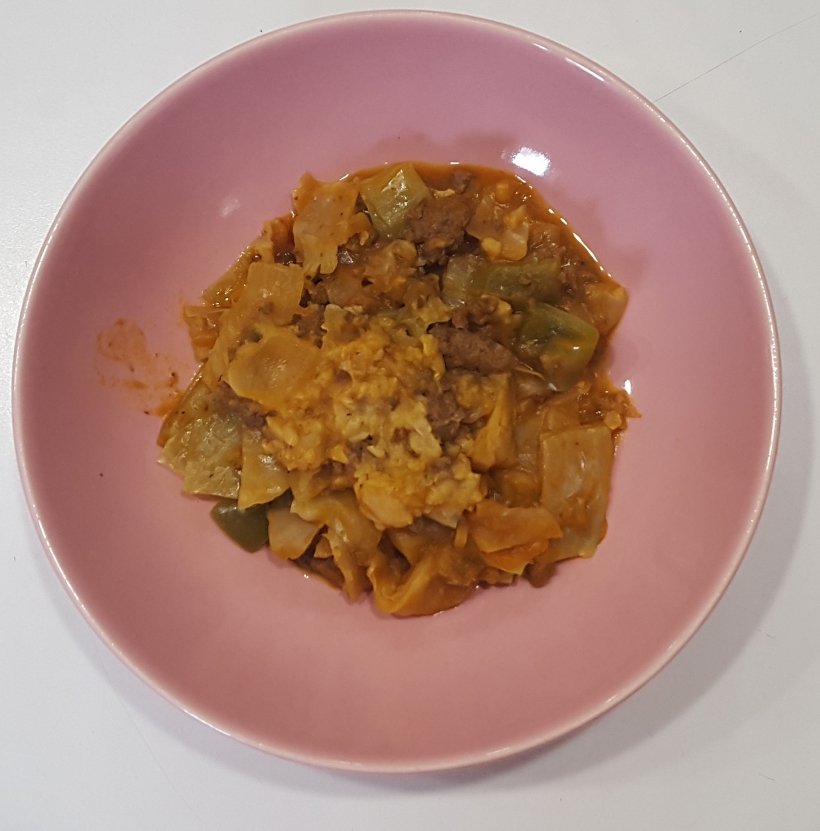 I’m not sure what possessed me to do cabbage this week, but with a recipe called Contest-Winning Cajun Cabbage, I couldn’t resist adapting it. This recipe came from Bobbie Soileu at Taste of Home. I would describe the original recipe as a Cajun style cabbage roll, deconstructed. I love a great take on cabbage rolls. If you don’t like cabbage rolls, you don’t know what you’re missing. One thing I thought when I entered this recipe into my calculator was that it would be higher in calories with a lot of vitamin C. I was right about the vitamin C part. The calories were a lot lower than I thought. The sodium is nearly 1000mg per serving. It’s also tomato-based. If you can handle the tomatoes, I would say to keep them in. Just use a low sodium variety of canned tomatoes and sauce. But you know we are going to change that. Here are the original stats:

The calories are ok. The vitamin A needs to be raised and the sodium lowered, but that’s it. I will use up some meat I have in the freezer. A friend of ours who bags a least one deer every year (unlike the main character in Escanaba in da Moonlight) gave us some ground venison. I will be using this instead of the beef. Here are the changes I made:

One final note, you want to chop the cabbage instead of shred it for this recipe.  The reason being the shredded cabbage may cook down too far and disappear.  You definitely want to see and taste the cabbage.  I chopped the cabbage into around one inch pieces.

Here are the final stats:

Here is the final recipe: